Our top twelve are all on our Pinterest page! Check it out!
Each day we will share with you 3 of our top 12!
Be sure to follow/re-pin/comment/like on your favorite ones! (It doesn’t have to be out of these three.) 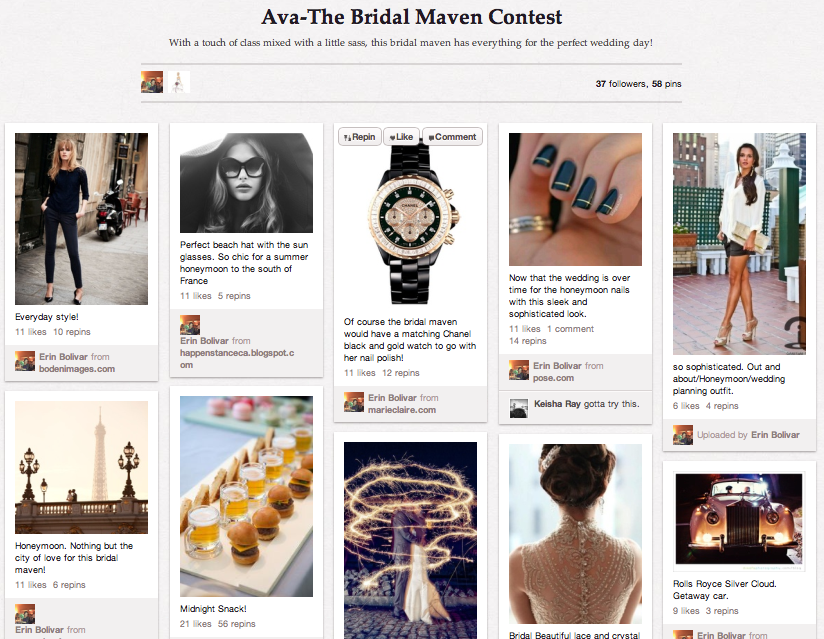 {The pinner’s love story}: Danny and Erin met in October 2009 at a mutual friend’s birthday party.  Erin spotted Danny from across the room, drawn to his bright red shirt.  At first she was too shy to introduce herself.  It wasn’t until Erin’s good friend pulled Erin across the room and introduced the two of them, that they finally met and they’ve been together ever since 🙂 When Erin first met Danny she of course asked “So what do you do for a living”? He replied nonchalantly, “I work on the space shuttle for NASA”. It took Erin a good 2-3 weeks and an album of Facebook pictures of Danny at the Johnson Space Center to fully believe him. I mean really… how many people actually get to say that they were dating a rocket scientist. 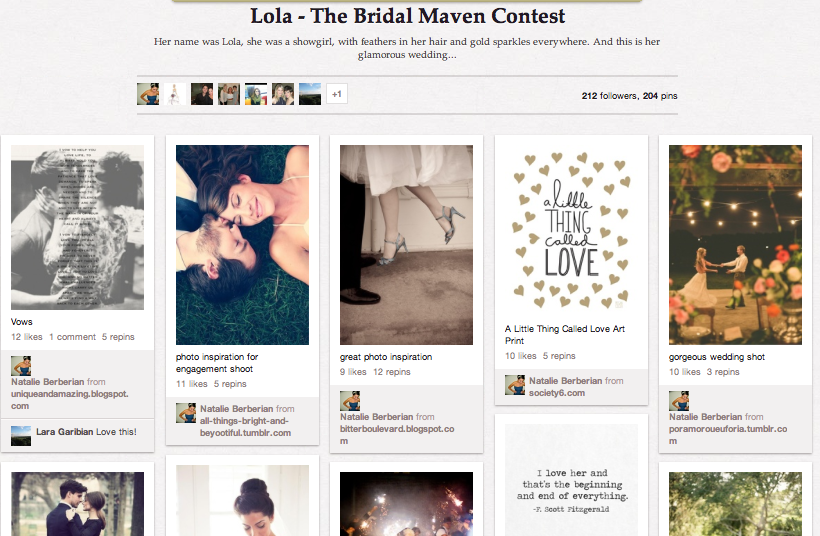 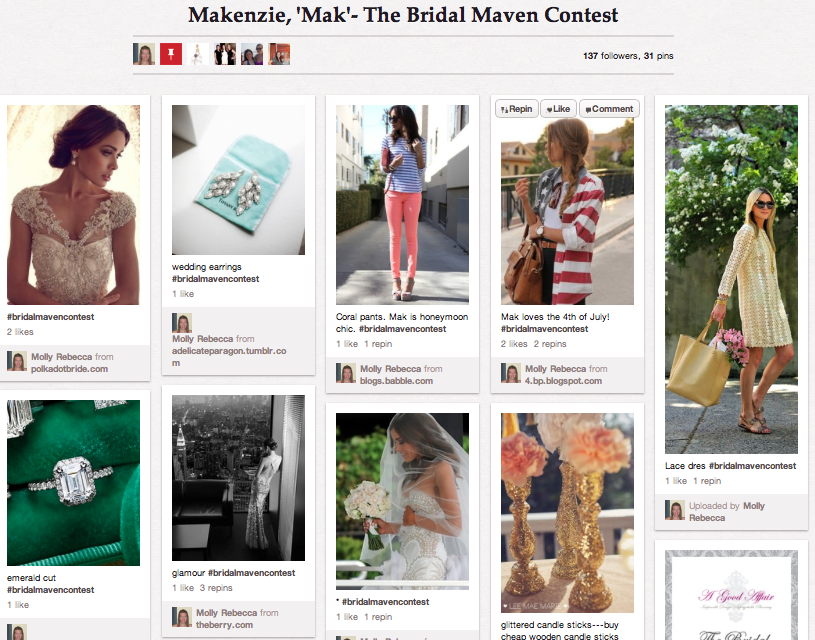 {The pinner’s love story}: Bill and I met at a summer pool party in high school!  I was rocking a cheetah print bikini (WHAT WAS I THINKING?!?) and Bill was flirting with another girl!  He’ll tell you today they I was the only name he still remembers from that party so I guess the over-the-top print made an impression!

The summer went by and we chatted occasionally   During the Fall a bunch of friends and I went to a haunted house.  Being the thrill seeker that I am, I wanted to go in the front of the line and get scared silly.  I asked the crowd who was brave enough to go with me and Bill stepped out from the back of the group.  Lucky for him because I got so scared that I was jumping all over him the entire time!  He knew JUST what he was doing. 🙂 After 6 years of long distance dating in college, we finally both ended up back at home.  Last July, Bill brought be back to the place where we had our first kiss and proposed with the most amazing vintage engagement ring! We know our love story had been heard before (high school sweethearts, long distance, blah, blah) but it’s our story, it’s full of love, and we’re proud of it.   Our wedding is set for August 2014.