Have you had your eye on our potential Bridal Maven’s board?
Be sure to follow/re-pin/comment on your favorite! The TOP THREE that are most popular will move onto the final judging panel!

Here are three more of our top twelve!

All 12 PinBoards can be found on our Pinterest Page! 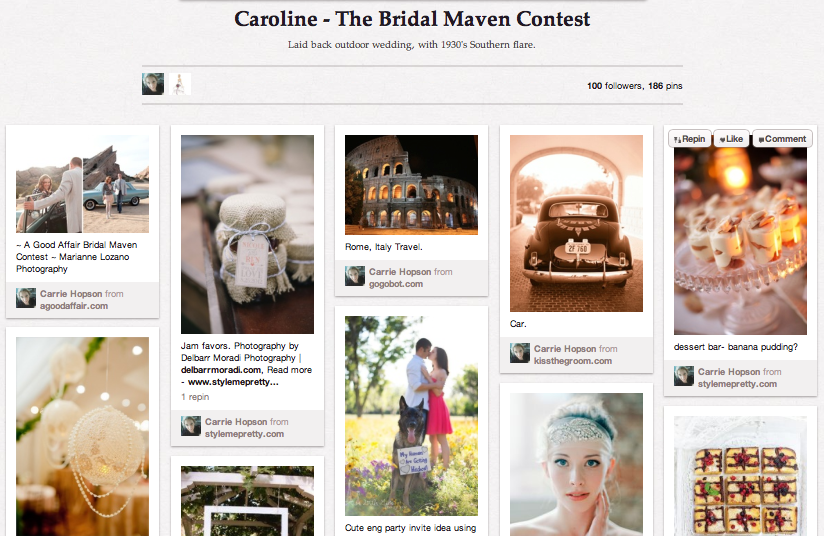 {The pinner’s love story}: My other half and I met when we were in culinary school. It was one of things that kind of hits you in the face – I remember the first thing he said to me was that I ran the sanitizing water wrong. I think he was just joking. I happened to be in a relationship at the time, one of those that’s realllyyyyy bad and I didn’t know how to get out. I had moved to the city, five hours from my family and friends, with this horrible guy and I was utterly lost on how to walk out the door and give back his mother’s ring. But when I met Taylor it was like everything stopped, I had a “Big Fish” moment. I knew that I had to just pack my things and move on. Taylor even wrote me a song, “Dump the Dirtbag and I’ll buy you an Ice cream.”

A couple of weeks after, I moved in with a friend and about 2 months after I broke it off with my ex-fiance, Taylor and I started hanging out at as more than friends. About a month after that, he sat me down and told me he wanted to “Call a Spade a Spade.” On July 14th 2010 it became facebook official.
Three years later and we still have fun like its our first date. He gets that I can be overly emotional and I get that sometimes he gets little stuck on himself. But the most important thing is that we get each other.
I can’t wait to spend the rest of my life with him. 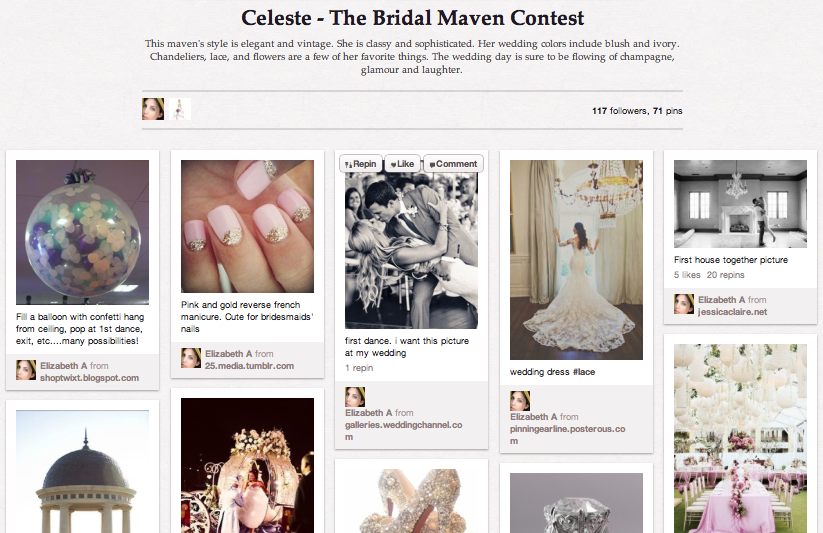 {The pinner’s love story}: My name is Elizabeth and I am engaged to a wonderful man named Anthony. My cousin met his sister on Match.com in December 2011 and they set us up on a blind date. Just two months later Anthony was mine and we knew right away that this was different. We both graduated from college last May. Graduate school took me to San Diego, CA but he stayed in Santa Monica, CA to work. The two-hour drives weren’t easy but after a long year he finally proposed on May 15, 2013. When he opened the little ring box on the beach, my heart jumped. I assumed he had been saving a whole year for this ring, but it was more beautiful then I could have imagined. He designed a irreplaceable ring with infinity hearts embracing the center stone.  More than the ring, the hours he spent working to buy me something so spectacular meant the most.

This June, my parents took both of us on a family vacation in the Dominican Republic at a a lovely resort. We had been looking forward to this for months and we planned to take our engagement pictures there on the beach. The second night we were there, we came back from dinner to find our safe empty. It only took us minutes to realize that not only the iPhones, iPads and the cash were gone, but so was our ring. I’ve never seen him scream so loud or look so broken. Unfortunately, we didn’t think to get ring insurance and so we lost the ring forever, but we learned a lot that trip. It wasn’t the ring that our relationship was built upon; the ring was just a symbol of our love. Diamonds last forever and although now my ring finger no longer has a real diamond, I know it is more important that a relationship lasts forever.
Next week, Anthony will be moving to Arizona for medical school and I will be staying in California to finish up my Master’s degree. Through this past year, I have learned that our love can withstand pain and distance. Although we have only been dating over a year, I am thankful for how close we have grown through such experiences. Anthony has done so much for me during the course of our relationship and has gone through a lot in the past month. He has proved to be a strong man, even in hard times. I am entering The Bridal Maven Contest because I really want to surprise him with something special and unique for our wedding next June. 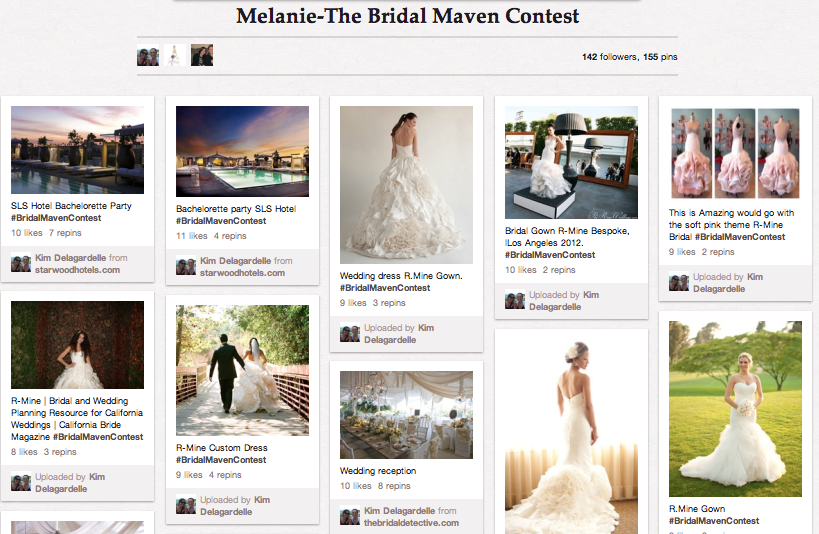 {The pinner’s love story}: I have been engaged for the past four months to my best friend. Ryan, my fiancé, and I met in the 7th grade. We were friends off and on throughout the years, but during our Junior year of High School we reconnected in our math class. He pursued me and it wasn’t long until we began dating. Our relationship continued to grow throughout our college years and we fell more in love. On our 8th year anniversary, Ryan had it planned to pop the question and I had no idea!

We were planning to go to the mountains for a weekend of snowboarding with our friends. Little did I know, all of the arrangements made with our friends really didn’t exist. When we got to the cabin I walked in and the living room was decorated with boards with photos of us throughout the years, candles lit, rose pedals scattered, and a table containing all the momentos saved throughout the years of dating. There was a sign that said Happy Anniversary so I still had no idea that he was going to propose, I just thought it was a surprise for our anniversary. As I was looking at all the photos and momentos closely, Ryan stayed behind me. On the table there was a plate of heart shaped sugar cookies with a little toothpick sign in them saying, “Will you go out with me?” This is where I began to cry because this is the exact way he asked me to be his girlfriend that same day,  8 years ago. As I turned around, Ryan got on one knee and proposed! I was so surprised all I could say was, “What is this?”  Ryan did the most amazing job keeping everything a surprise and he worked so hard in every detail. Ryan even bought the ring without me knowing and incorporated everything that I had wanted  into one ring, which I didn’t think was possible! Also, the surprises didn’t stop there. The next day we had some surprise guests arrive to the cabin. Both of our parents came and celebrated with us for dinner. It was the most amazing engagement and all in “Ryan style”, which was what made it so special! Now we are in the midst of the wedding planning and will be married May 31, 2014 at our Church in Glendora and  the reception to follow at Noor in Pasadena!